A few program notes, as it were. The back catalogue/online portal has changed URL to http://www.amapolapress.com. An international committee of lovely investors gave me a hand in purchasing the domain name and giving a cohesive persona to my self-publishing endeavor.

Writing on May You Grow Old and Fat has halted for the time being, as I try to decide the fate of a few characters – each alternative moves the story forward differently. Each ending, for its part, proposes distinctly different morals to the story.

No writing has begun on the new projects suggested earlier, although a placeholder cover for Love and the Android was uploaded to the Hopper page at the portal. The catalogue description reads: “A study in loneliness and sexuality, a compendium on the civil rights of artificial intelligence, and life in space… [It] will explore the ethics and consequences of using artificial intelligence as surrogates in a not-so-distant future.” 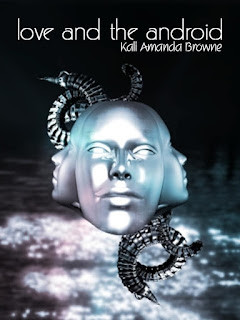 My favorite discussion of this included a comment from a friend whom is concerned the image speaks more of horror than sci-fi (in his opinion). My reply was that the only difference between romance and horror was "the tone of the screams involved." If I can maintain that level of humor as I write it, there is hope for this project!

Research for that is ongoing and right now I know of two main characters and the android. I have not done character studies yet, but I have very specific archetypes in mind. It is imperative that these characters stand on their own as three-dimensional people, if flawed, because otherwise the story is useless.

The bigger challenge, I think, will be trying to depict the loneliness of living in space without making it boring—and without making it sound like a 2001 rip-off, though any comparison to Arthur C. Clarke would be a cause for joy.

I’m also wondering if the project will benefit from a short story treatment rather than a narrative that has a linear thread from beginning, middle, and end. I haven’t decided this and it can wait…
For those of you who have been with me for some time, you realize that I detest February with a passion – and this year it promises to be crueler than usual – so instead of new projects, I will begin transcribing the six or seven chapters I wrote longhand for Poetic Justice. There remain at least three more chapters and assorted details of cultural relativism to sprinkle across the pages, but it will bring me closer to the conclusion.

Real Life concerns will probably derail any plans I make, so instead I make notes until I can peacefully devote life and love to it.


Posted by KaliAmanda at 1:49 PM No comments: 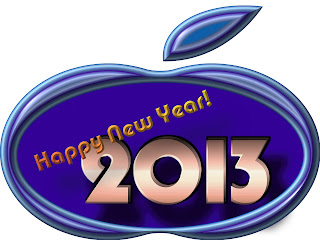 I’ve allowed several distractions to keep me from writing and the business of being a writer. To be fair, some distractions can be defined as Real Life Concerns and should not be ignored – though they tend to harsh my writer’s mellow…

Then again, one of my superpowers is the ability to give up vices without a second thought. I gave up recreational fun substances, alcohol, strange men, and even smoking without any bellyaching. The time came to put those things aside, and that was that!

Just as well, I decided it was time to stop playing around – and it is granted that some of those concerns will have to be addressed but without interfering with my writing. I will have none of that.

To that end, I finished a chapter of the NaNoWriMo novel and began a new chapter that brings the story closer to a climax.

Recently I’ve become curious about robot rights and sexuality and it may result in a novella, though I am not entirely sure where that is going just yet. I know there is a woman manning a space station and I am not yet sure whether it will be a study in loneliness, a study in sexuality, or a compendium on the civil rights of artificial intelligence… It ain’t gonna be 50 Shades of I, Robot!

There are still two other titles that need to be released: a crime novella set in a speculative political reality and one of the books in the steampunk series that introduces the alternate universe.

There is real life drama and humiliation, misery and frailty to be observed in the next few weeks that will surely become part of the journals that will soon make their way to another collection of stories. I may not be looking forward to the experience on a personal level but appreciate the opportunity for new material and hands-on research. (Things are about to get very real at my end, but as long as I can grab on to a silver lining, I know I will survive.)

While I am very happy to get back to work, I also realize that I need to sit down and work out a plan for the year – including a marketing plan (which I’ve been neglecting lately, despite growing sales in , and ).

I am thinking that I ought to do another short story collection, a sister companion to Because She Was a Woman. The first collection revolved around women and I was wondering if the second ought to revolve around something like a house, a locale, apiece of music, a dish…

What do you guys think?