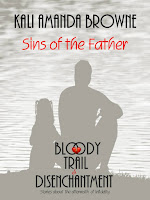 Posted by KaliAmanda at 9:38 AM No comments:

One of the stories in Sins of the Father is about a woman’s relationship with a recurring boyfriend. He came and went from her life for years, and they maintained a relatively amicable relationship despite the recurring breakups.

His plan included booty calls into their late 80s. 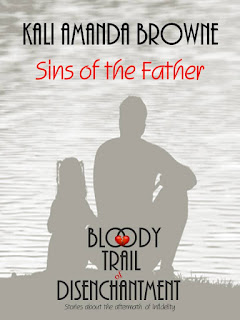 Check out https://www.facebook.com/mistressbook for links to all online retailers

But nothing lasts forever. The relationship did not end for the obvious reasons, though…

Another story tries to tie in to current events – especially because the whole Ashley Madison hack amused me. Granted, I’ll say it again: doxing is wrong and I cannot endorse it. But at the same time, I can’t feel any sympathy for people who sought a service to help them cheat on their partners.

But then, that was not the focus of the story. I touched on something that I find troubling and hope that I did not contribute to the problem. I keep seeing stories where the female characters are victimized and they act as if that kind of thing is both normal and acceptable. Nobody ever leaves, fights back, falls apart under the weight of the horror, or goes to the police. More importantly, there are never any consequences to the behavior. That’s a little one dimensional, I think. I tried to break out of that mold.

Another story speaks of a woman facing her husband’s infidelity and, literally, staring it in the face daily for years. There is the remembrance of adultery when the heroine was a small child, and then from another character in her tween years. Another character faces the cheater in his deathbed.

I told an old friend that I inter-mingled truth and fiction in these stories and she is dying to try to decipher which is which. But for those people who may not know me as well, I wonder which character will bring them memories of their own.

I’m not saying that you must have had a firsthand experience with infidelity to get these stories. Knowing someone who knew someone will do, but mostly what I think people will respond is to a specific moment in time.

If any of my stories strike a match in the dark attic of your mind and you find yourself riding a wave of nostalgia because I triggered a memory of your own stories, then my job is done!

And this is precisely why I love vignettes. In the end, those little scenes that come to you and measure the value of your days in your heart, those are vignettes. I want to start liberating those for you, so you can chase more of them.

Posted by KaliAmanda at 12:07 AM No comments: