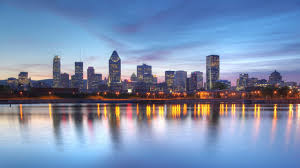 I arrived in Montreal on a Thursday afternoon. It was cool and damp enough that a light jacket was necessary. The ride into downtown, from Dorval was strange. The driver wasn’t the friendliest of people, an angry stocky Quebecois. He proclaimed annoyance that with the warm weather a horde of rude Americans invade his ancestral lands. These people, he informed me, polluted his province with their loud presence. He turned up the radio and we drove into Montreal without speaking.

The irony: the radio was playing American classic rock from the 1970s. The sky was several shades of gray. Through the odd crack of blueish sky an occasional flash of silvery lightning. It was so strange because for all the light show that we got treated to, there was no thunder. Silent lightning, who knew that was even a thing? I’d never seen such a thing. 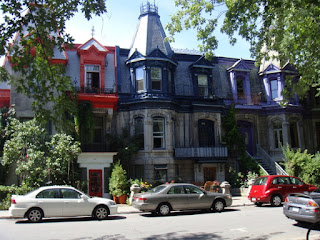 The taxi deposited me in the Latin Quarter, at a quaint Victorian house. I was again at the bed and breakfast I stayed at whenever I dropped by my favorite city. Run by a lovely couple, Alain and Colette, in their home. I’d arrived as Colette’s daughter Aurélie finished cleaning the rooms.

She was rushing down the stairs, to meet up with friends somewhere along the rue Saint-Denis, I bet. During festivals, groups of youngsters gathered and hustled cigarettes from the tourists. The American tourists were the easiest. First they'd venture past the areas on the maps pointing to concert venues. Then, they'd try to explain in English they'd lost their way, and the kids would feign knowledge of the language, except for one who’d offer to help them find their way back . . . for a cigarette or two. Sometimes they even sent them back in the right direction. 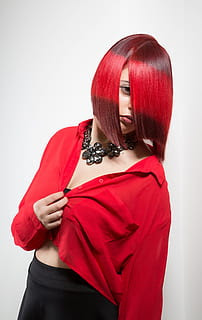 “Rory,” she said through clenched teeth.

The face emerged from a curtain of hair that covered exactly half of it down to the chin in a neon red. I peeked a scowl, then a huge grin accompanied by an uncharacteristic embrace.

Her mother, shocked, sucked her teeth and muttered, “Incroyable.” She watched as her generally surly girl volunteered to grab my bags and ran up the stairs. Colette shrugged and smiled at me. Her smile was always warm and sweet. “Bienvenue, mademoiselle,” she said as she handed me a key. “I reserved your usual room.”

“Merci,” I thanked her. “It is always good to see you, Colette.” I handed her my credit card and a small gift bag. I knew she loved floral fragrances, so I always stopped at the duty free and grabbed a new bottle of perfume for her.

I headed to the third floor, the family quarters as it were. Aurélie/Rory was sitting on the bed waiting for me.

She said a string of words so fast that it sounded like a single sound. All I knew was that she was happy to see me. I had been a staple in her life since she was a gawky pre-teen. Along with her parents, I too survived her rebellious teens. Now she was entering her slacker twenties.

I pointed to the leather duffel bag, “There’s a carton of Marlboros in there for you.”

She was going to be the queen bee of her posse for the next few weeks. She embraced me again. Then she ran out. Her breathless proclamation which I understood exactly three words: je t'aime and merci.

I did not bother to unpack. Instead, I grabbed by Gypsy bag, the leather purse with fringe. I made sure I had the wallet with Canadian money in it and my ID, and headed out. At the foot of the stairs, I met Colette and she handed back my credit card. I signed the receipt, as we’d done at least 25 times before over the years.

Alain had come in the house with a box from the bakery. I knew it contained sweets for their late afternoon coffee, and dessert for their guests.

We exchanged a few pleasantries. They walked me out and sat on their porch with a friend for a cup of coffee. The neighbor, Madame Boucher, lived across the street and she did not approve of me. She never had. An insomniac nonagenarian, she'd watch me leave in late morning and return after 3 or 4 a.m. She was sure I was up to no good. And sometimes I was, but she didn’t know that!

Every time saw me, at least a couple of times a year, her eyes would narrow and she’d lift a judgmental eyebrow.

She harrumphed. Alain became very interested in dissolving sugar in his coffee. He stirred it with vigor and unprecedented focus. Colette stifled a smile and sent me on my way on a friendly note, “Have fun, my friend.” 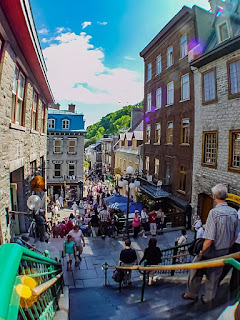 So I headed up the hill to Sherbrooke. I knew after I crossed the boulevard I’d enter a whole new realm. Then back down the hill to where all the action was. Already the Latin Quarter was electric, and it was still early. After sunset there would a general atmosphere of pure merriment with hundreds of people. Music everywhere!

I cut through the square, a small community park. Despite the grayness of the day, pockets of young hippies gathered around. Some singing and others smoking; some reading or writing or painting; and a few sleeping on the grass. Once I made it across the park, through old and beautiful trees and bushes, I had shed all the stress I’d brought with me. I was in my happy place.

I headed to my favorite café, and was very pleased to see that it was still there. I found a small empty table, and sat. A few minutes later a waiter came by. He introduced himself and asked if I was ready to order. I’d been fantasizing about this moment since the moment I boarded my flight to Canada.

“Chocolate cappuccino and madeleines, please,” I said and smiled. He seemed a little confused, a little disappointed, almost as if he did not expect me to answer him in English. I took it as a compliment.

Finally, a clap of thunder in the distance, and a cool breeze swept through. Inside the café, a young man with a guitar sang French ballads. Outside, the wind battered umbrellas flapped and made the sound of castanets.

A few minutes later, my waiter reappeared. He had a small plate of madeleines and a heaping tall glass of cappuccino. 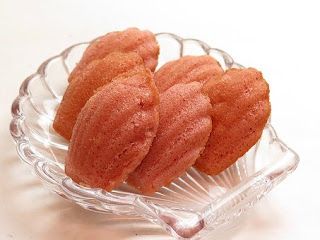 “It will start to rain soon,” he alerted me. “Perhaps you come inside, oui?”

I shook my head and handed him twice the amount I owed him and waved him off. “I’ll be okay,” I told him.

“It’s too much,” he said almost regretting it immediately. He tried to give some of the bills back.

A tall and thin young man with a mane of brown curls he looked unsure how to react. Or he thought I was insane. The jury is still out on that these many years later.

“I don’t mind the rain,” I said. “But I don’t need you to serve me in the rain. I have what I wanted… Go in before it starts coming down.” 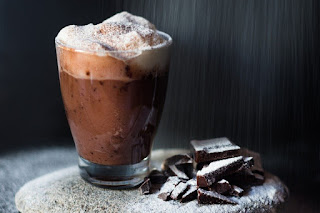 He shrugged and ran for the safety of the café as it began to drizzle. It was soft and cool and misty. And it had its own soundtrack. My cappuccino was exactly as delicious as I remembered it. Crème de cacao, maple syrup, ground cinnamon, whipped cream and dark chocolate shavings. The bitterness of the dark chocolate counterbalanced the sweetness. The whipped cream--fresh, cold and unsweetened--added a decadent richness that was heavenly. A sip sent waves of pleasure from my palate down every inch of my body. It felt like falling into a velvet cloud and riding it until you became one with the chocolate. It was almost a religious experience. I was grateful I only had this when I came to visit, because I’d be the size of a polar bear if I lived in Montreal!

The rain picked up in intensity. It splattered against the cobblestones, some of it splashing back in my direction, but I was happy. I did not mind. Montreal rain was magic. I sat back, under my umbrella with my cappuccino and my little cakes. I watched as the cobblestones changed colors and became a glistening mosaic. And in the distance, behind now closed doors, a young man sang of love lost. 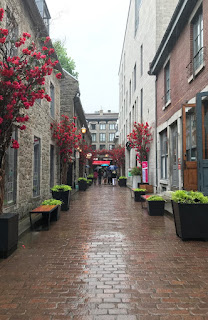 Soon enough, the lulling sounds of the rain and the muted guitar entranced me. The sun retired for the day and I unfocused my vision until it felt as it I was in the middle of a Leonid Afremov painting. 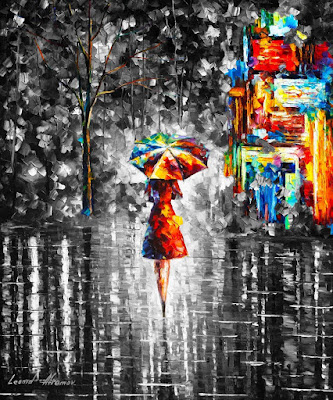 Twenty minutes later, the rain had stopped. Soon thereafter the square began to bustle again. But now, that enchanting scent of petrichor added a musky richness to the air, and my vacation had officially begun.

Posted by KaliAmanda at 10:10 PM No comments: