The Wicked and The Righteous

This week has been a little chaotic. First, the hackers made good on their threat and released almost 10 gigabytes of data. The second leak was almost twice as big! 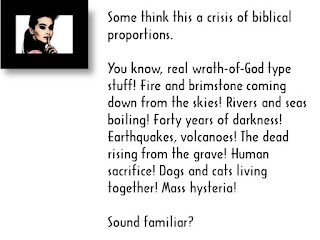 The caveat, of course, is that Ashley Madison did not verify e-mail addresses upon registration, so searching simply on this criteria might get you a false positive as anyone could use a fake account to register. And some people do things like that to cause others’ problems.

When I was in college one of my professors antagonized a student who filled out all these magazine subscription cards to nudie magazines and sex toy and trashy lingerie catalogs in the professor’s name, and sent it to his office (at a Jesuit college). The nuns running the mailroom were not pleased.

Many a husband will use that excuse too. “No, honey, that was probably one of those clowns at the office trying to be funny. Those silly bastards!”

What will be harder to explain is the credit card transactions that include names, street addresses, amounts paid, and predilections… Only those smart enough to have used anonymous prepaid cards are walking around not sweating bullets.

Already repercussions have begun. The first American casualty is proponent of family values and Christian conservative Josh Duggar; many others will follow... 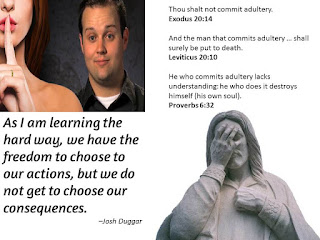 The coverage has taken a variety of routes: the possibility that government and military personnel may have been compromised and are in danger of being targets of extortion.

Others are advocating data Armageddon, if Ashley Madison can be broken into, what of the Pentagon or {insert terrifying alternative here}. Of course, we are all accepting the corporate minions telling us their encryption was impenetrable. There is evidence that employees had tried to warn management there was vulnerability in their system that was never addressed or patched.

Then there is the camp that are shaming the shamers, “Ermahgerd, how dare you enjoy the comeuppance of innocent philanderers?!” Surely, this cannot be what Martin Luther meant when he addressed simul iustus et peccator! 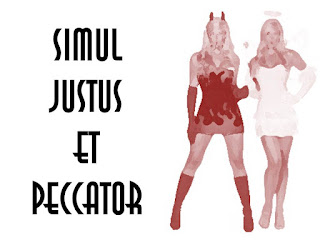 These stories warn that marriages will break down, divorces will happen, reputations will be lost, families will be broken, and children will be forever affected by this. This may be true, but I wonder if the writers realize that the people whose lives are about to be upended are partially responsible for their possible fate.

To me, following the story and all its repercussions is mostly research and some guilty pleasure—but it is all literary. I am fairly sure that this will not be the thing that causes the collapse of western civilization. 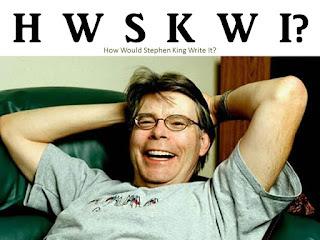 In the meantime, I look forward to the John Grisham bestseller (both the fiction and the non-fiction versions) of the massive class action that will come of this. Although what I really want is the Nelson DeMille comedy-thriller about the collapse of Stepford. Perhaps Michael Connelly doing homage to Tom Clancy and doing the military-themed thriller! I suppose Patricia Cornwell might do a mystery about the mounting bodies of sinners and a private investigator turned serial killer with delusions of Biblical executioner. I have no idea how King would write it, but I imagine he has been giggling for a month.

Posted by KaliAmanda at 2:00 AM No comments:

What Lies Beneath the Sinkhole

For those of you playing along at home, life stared us in the face, screamed, “Plot twist!” and went all Joss Whedon on us.

A relatively quiet morning became an intriguing thing when I was distracted from properly setting up a story. A philandering husband and his wife have a life-altering fight in their kitchen (while the kids have a heartbreaking conversation seated at the table and witnessing their parents’ marriage fall apart, and the dog is hiding under the very same table that saw many family meals whence it begged and received delicious morsels from all members of its pack).

I simultaneously heard and felt a truck go by. And this began a fun internal dialogue.

Hmm, that’s not a garbage truck.

Trucks don’t go by here. Ever.

Well, except after it snows. Ugh, I hate snow… I hope we have a mild winter this year.

OMG! There’s firemen on the block!!!

The rest, as they say, is history – or at least current events – and involves a 20 X 20 X 20 massive sinkhole that brought more people to the block than have ever been on this block on the 30 years we’ve lived here! 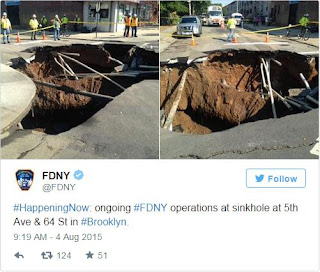 And certainly, there is inherent drama in what is happening. A writer friend suggested that I take pictures and notes because there’s a story here. Many stories. A book!

She is right, of course. But this is Brooklyn. We don’t operate the same way other places do.

And, for the Brooklynites, you know if Marty Markowitz were still been Borough President, he would have shown up with coffee and bagels, the Monsignor, a Rabbi, and the Imam from the local mosque and had press conference, a prayer circle, and a plan before noon!

For instance, a massive sinkhole that swallows a busy intersection in a commercial thoroughfare, in Manhattan, would cause traffic to be halted for blocks (for weeks!) barricades erected to protect the citizenry, possible evacuations, National Guardsmen to watch over us, and train their weapons on the hellmouth waiting for the Big Bad to show itself and wipe it from existence…

But this is Brooklyn. We suspended bus service for the blink of an eye, and even slowed down train service in the morning so as to not disturb the kaiju that might stir in the guts of our borough. After a thorough examination by the electric and gas utilities people, Environmental Protection and other City bureaucrats, as well as visits by media and tourists and lookie-loos who traveled here to see the thing on the first day; the second day pretty much defines how resilient Brooklyn is.

Bus service is back on schedule. “Just drive around it! Watch out for the gaping hole to the left…”

The first day every single neighbor was out, trying to figure out what was happening. The second day, those who could, slept in. The kids played but no longer noticed the men in neon colored jackets.

Reminds me of this bit by Colin Quinn where he explains why there are no ghost stories originating in Brooklyn. It’s because here, after the rattling of chains and other blood curdling sounds, a Brooklynite would come out of their place to confront the ghost.

“Hey, yo! You the one going ‘woo woo woo’ up and down the hallway? Stop that shit!”

We write our own stories here. And we don’t let the world define them for us, either. I mean, your Good Night, Moon is our Go the F*ck to Sleep.

We once voted a dead guy into office because we didn’t like the choices left by his demise. We've stared down hurricanes and tornadoes and epic Nor’easters, given 'em all the finger, and gone right back to our bagel and coffee.

Our roads may buckle under and be swallowed into nothingness, but you can’t break us! Still, the stories that this episode will influence ought to be interesting. 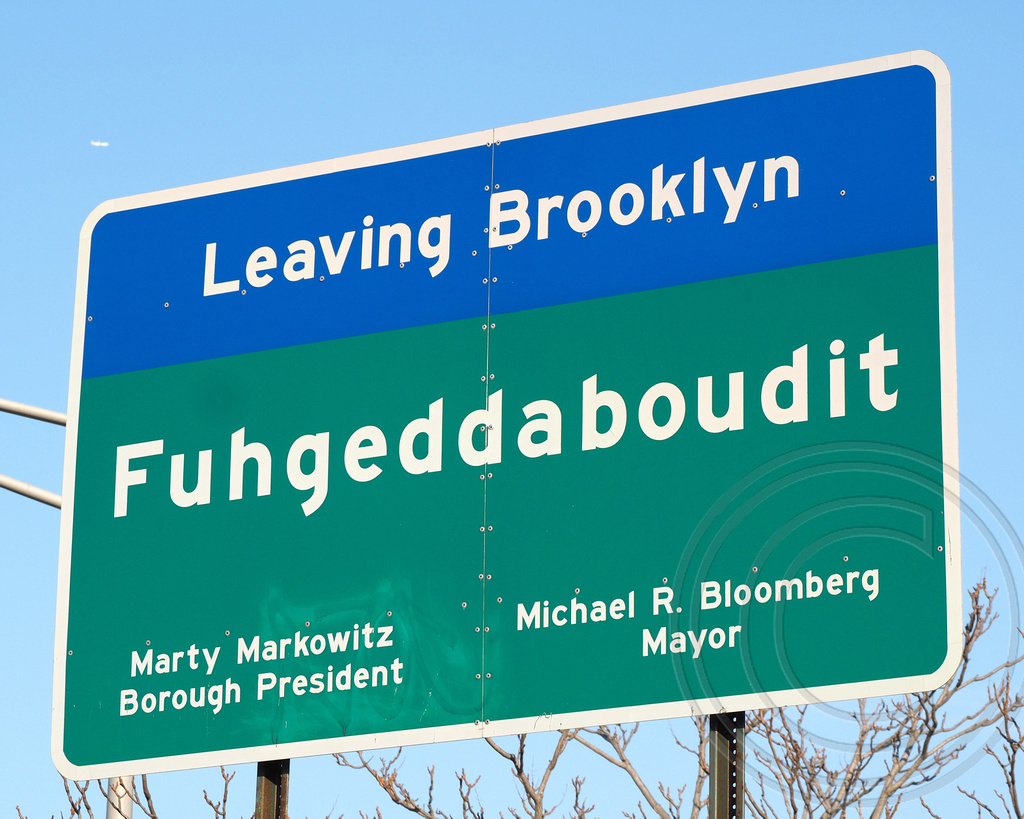 Posted by KaliAmanda at 12:52 PM No comments: