Summer 2014 we are relaunching Amapola Press. 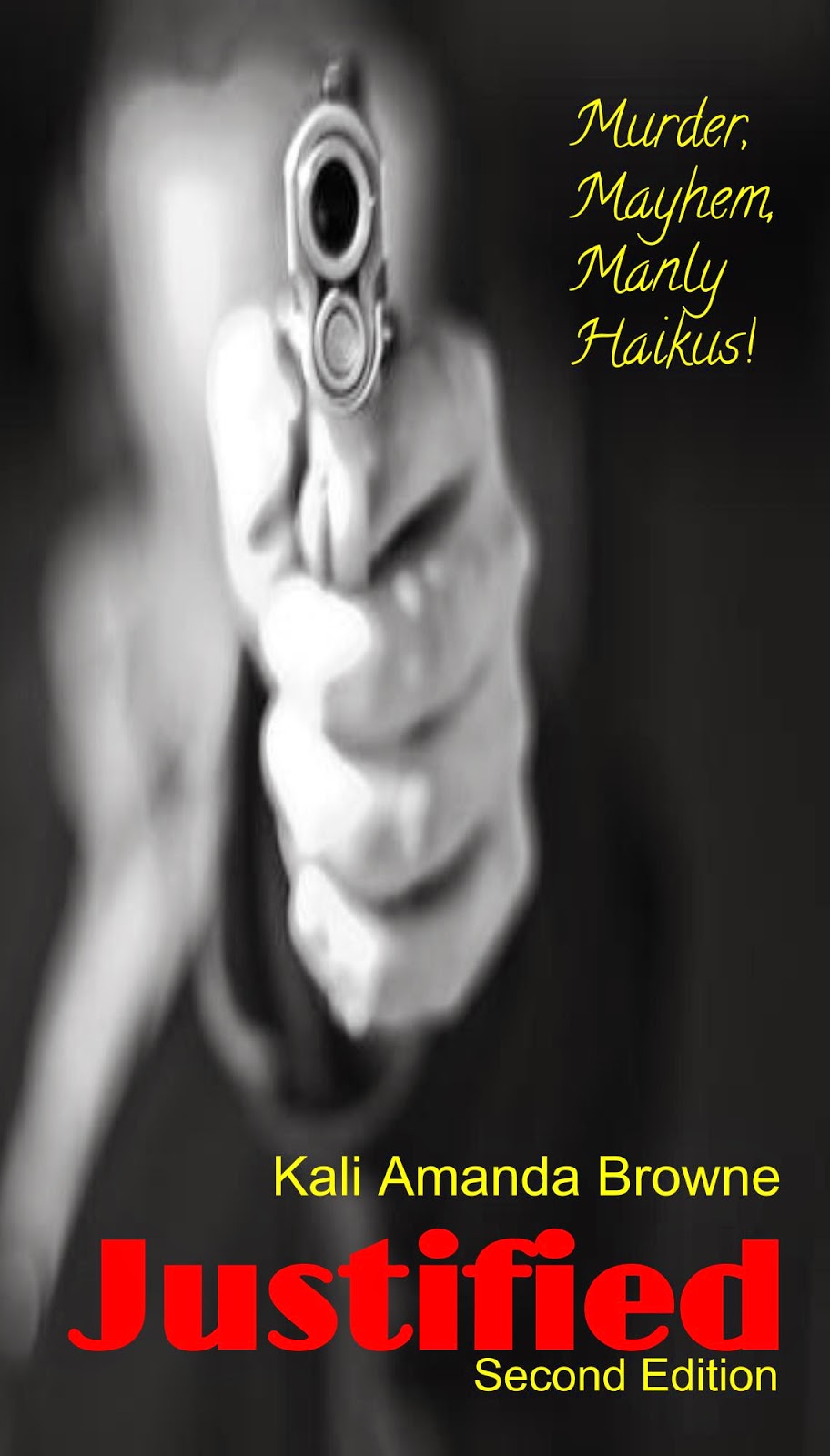 Justified, the crime drama that follows unassuming Edmond Styles after an incident at gun point. He quickly becomes a household name and a media sensation. He goes on a road trip and his private life becomes part of the nation's vernacular. Part parody and satire, part pulp, this is all about murder and mayhem and manly haikus.

BecauseShe Was A Woman is a collection of a dozen vignettes, a quick read but certainly not a simple one. Each story introduces a new woman living as best she can in a variety of situations.

The second editions are different in different ways. Justified was edited for further clarity. BSWAW was also edited for clarity, but mostly it was improved by adding “A Quiet Stroll” – a moody little story – replacing “The Next IT Couple” (which sadly was the weakest of the original vignettes.

To celebrate the Summer Solstice, Amazon Prime subscribers may obtain these titles for free and there will be promotional pricing in the US and UK until June 21.

In an effort to improve the online catalogue, several titles have been unpublished (or placed in that “out of print” limbo were its glory remains in yesterday but no more).

In the Culinary section: The Food Goddess is available as the combination Volumes 1 and 2.

In Fiction: the first edition of Justified and Because She Was A Woman, are no longer available at Amazon. Putting May to Rest will be discontinued as a stand-alone story.

(Smashwords and other retailers will soon follow; retailers such as Sony, Kobo, iBooks may carry these titles a little longer).


Paperbacks will be similarly revised and updated in the next few weeks.
Posted by KaliAmanda at 1:06 AM No comments:

Summer is rapidly descending upon us and it seemed like a perfect opportunity to clean up the old offerings and relaunch them as second editions.

The second edition of Justified is a tighter story and I fixed a couple of errors that no one else noticed but nagged at me.

Because She Was a Woman is losing its weakest story and gaining at least one new one – which I suspect will be a trimmed version of Magic Stilettos.

Scent of Honeysuckle probably requires no tweaking, but as I am in edit mode I probably will give it a glance and decide whether to revise it.

One Night with B.B. has done very well and introduced many to my writings. I may revise it slightly (if nothing else to update the back matter).

Some titles will disappear as stand-alones and will now be part of anthologies only (such as Putting May to Rest/El Velorio de Maya).

Kali: The Food Goddess cookbook series will become one volume and it will include new entries from the new Food Goddess blog. Individual volumes will be discontinued.

A Quiet Stroll may make it into the BSWAW anthology of short stories as the baker’s dozen and it may also be produced as an audio book (a test). The stand-alone version will remain a freebie.

Why relaunch? To keep things fresh. The basic premise of each book and story will remain the same, but as I hone my craft, I can revise and make the writing tighter. This also serves to recognize some of the stories that need not become part of a back-catalogue. A relaunch makes your final product better because it seeks to offer excellence to your readers.

This is a good thing.


Stay tuned for more news about our relaunch! There will be an opportunity to obtain free and review copies for those who’d like to upgrade your previously purchased versions of my work.

Posted by KaliAmanda at 4:08 PM No comments: