Terror is Here and it is Us

Does art imitate life? If it does, can we expect darker stories in the books being published in the near future? Or does art make us strive for better, and thus fantasy is likely to explode in every genre and category because we desperately need escape? Or will life infect fantasy and bring more mashups like Nazi zombies? 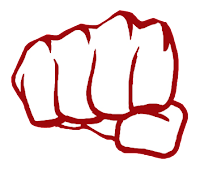 Our current reality includes an interesting shift in crime in the last couple of years, but especially in the last year, where assailants (mostly male) either randomly attack, rape, or mug victims by striking them hard enough to knock them down.

The pure anger fueling the action is terrifying. The randomness makes it terroristic. Victims range from men to women of all ages, color and ethnicities, age, sexuality… I don’t think it matters. And there is nothing sacred: Clergy, elderly, disabled. They all get hit with equal hostility.

There is power in striking another down with enough force to maim and possibly kill, to feel their bones break under the force of contact. But I suspect that this new crime trend may have more to do with accumulating felonies. A good punch doesn’t score as high in the criminal justice system as assault with a deadly weapon.

This doesn’t make the incidences any less horrid or less terrifying. They happen at all times of day and night, in public places (train stations, in restaurants, in the street), inside residential buildings, in urban as well as borderline suburban areas.

You never know where or from whom the attack will come.

So I listened with a non-committal face, with no trace or tick that would betray my queasiness or my broken heart that the horror has probably reached us in the mythical borough (we were never crime-free in Brooklyn, but we have been pretty shielded from it in our little corner for almost 30 years now).

Mom told me how she went to buy the Sunday papers and noticed a young man in a leather jacket outside the supermarket. She went in and picked up a couple of staples that'd just gone on sale. She noticed him again after she’d cross the street to make a stop at a green grocer a block away. The third time she spotted him; she slowed down and stopped abruptly. He stopped too and began a pretend conversation on his phone.

She was almost home but now had to consider whether she wanted to try to outrun him or fight him, if he tried to attack her. She backtracked half a block, crossed the street again and stuck her face in the biker bar.

“Excuse me,” she announced, “I think I need some help.”

The customers are all local and so more than a few recognized her.

She explained her suspicions, and as she expected, the young man, had remained across the street, still watching her.

One of the bikers said, “Alright, gimme the bat!” and walked out into the street resembling a bigger and taller Negan, with three others following him out to go have a word with the young man—who suddenly decided he needed to be someplace else, and stepped it up quickly and out of arm’s reach.

Mom made it home without the need of a protective biker escort, but she was nervous enough as she told me the story. She tried to sound nonchalant but the truth is neither of us can or will pass the moment off as blasé. 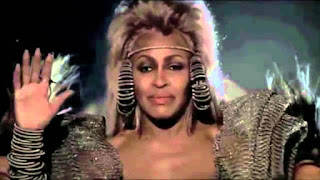 Forget the zombie apocalypse, the criminally poor will get us all first—and the label will fold onto itself as we all become equally unrich. Happy Halloween, suckers and losers all!

Posted by KaliAmanda at 9:55 PM No comments: