Most of the folks we know have opted for a quiet Thanksgiving at home, with immediate family, or the recent marketing ploy of Friendsgiving with like-minded individuals. There are still many others who live by a set of traditions that demand they spend the day with family (parents, in-laws, siblings). And if Facebook is any indication, the fracturing of America went far deeper than party lines. 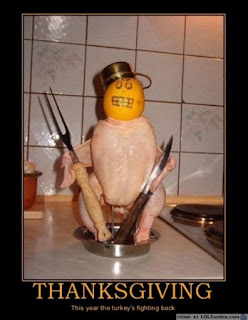 Some families are still feeling the push and pull, and they are so possessed you half expect the turkey itself to take arms! It is for these poor souls that I put together the Insatiable Gourmet Word Search book. 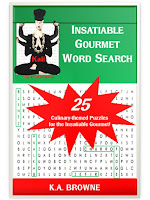 If you get the urge to say something you’ll regret later, go lock yourself in the bathroom, the family room, or the bedroom with all the coats, and solve a puzzle.

Arguing politics with family is useless. Most of your relatives, much like your own selves, have already made up your minds. Beyond that, your logic isn’t any better than theirs! Everyone makes up their minds based on criteria that affects them and makes sense to them on a very personal level.

Regime changes in Washington affect us all, but breaking family ties over it seems a little extreme (unless your family wants to cause you physical harm and is using politics as a reason to justify it).

On a holiday based around food, if you find yourself unable to talk about it, then immerse yourself in food games that don’t require food fights! 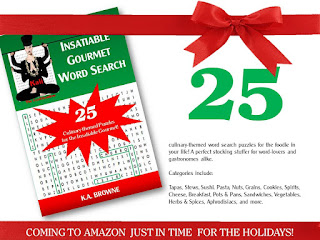 A special offering from Kali, The Food Goddess the book has 25 culinary-themed puzzles based on cookbook categories, and is designed for discerning foodies. Some of the puzzle categories include sandwiches, sushi, pasta, herbs & spices, and aphrodisiacs.

The little book is available right now at CreateSpace and Amazon, just in time for the holidays (whether yours will be happy or an uncomfortable mess)! 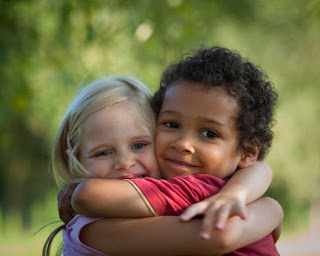 On a serious note, I hope you get the puzzle book and enjoy the momentary escape, but I urge you to maintain your principles and also respect that not everyone has to agree with you. Let politics slide with family and try to enjoy each other for as long as the universe permits you the privilege and pleasure. Pick up your political fight back in January! Fight the good fight, but practice empathy and tolerance until then. It’ll be a gift to the world and a fantastic example to set for the younger set. Don't go guerilla on your family until there is an actual revolution--these people are not your enemy.

Posted by KaliAmanda at 7:43 PM No comments:

I should be writing. I wanted to write. A couple of weeks ago, the prospect of completing Volume One of the steampunk fantasy I’d started seemed like such an exciting prospect.

Merely three days after the election, I am physically exhausted and emotionally spent again. I try not to write out of anguish. I leave that to the young and idealistic. I’ve boomeranged past jaded at this point.

People are screaming and demanding to be heard but nobody is listening to one another. Neither side seems capable of making concessions for each other. The mere concept of compromise seems offensive, as if meeting in the middle was akin to selling out. 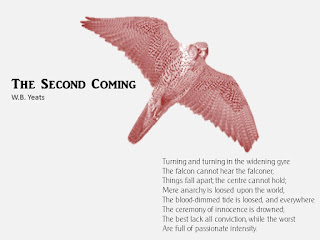 But this constant pull from opposite extremes is not healthy. Don’t people realize that the center cannot hold that way? And the center here is the difference between the rise and fall.

I wanted to write this November. I wanted to focus on creativity, on a world different from ours but oddly familiar, to flesh out these quirky characters… I still could, but I am not feeling it.

What I feel is tense and disappointed (not in the outcome so much as in the aftermath).

What the winning side doesn’t understand right now, is that the other side is cringing in the same way we all have when a large, ham-fisted nurse has come towards us with a fake smile and a giant syringe and lied, “This is going to sting a little.” 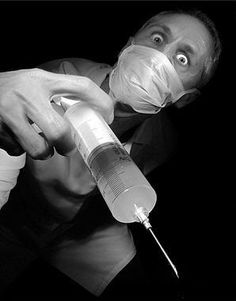 No, it’s going to hurt like hell, you bastard, and it will sting for a long time afterwards; may your tongue rot in your mouth for lying!

People are terrified that their rights will be trampled and when you threaten their basic needs (and we all agree that human rights are basic), people freak out.

We are about to be ruled by people who believe women have no place in deciding anything about their own bodies; people who believe you can electric shock the gay out; people who advocate a return to internment camps and who want to reinstitute the Committee for Un-American Activities (one of the most shameful episodes in our shared history full of savage racism and abuse of power)… It’s little things like that people are freaking out about.

Are people preempting the crisis? Perhaps, but just because it is an emotional response doesn’t mean that it isn’t steeped in some educated guesses. On the other hand, I have no respect for those who immediately resort to rioting and violence. That destroys your credibility and makes others not wish to listen, adding to the dysfunction. 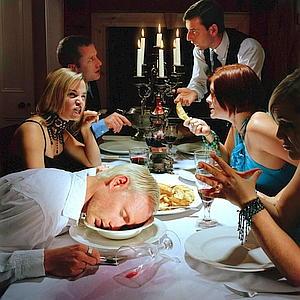 And speaking of dysfunction, just as I was afraid earlier this year, friendships have ended, family relations have fractured, and some of these may never recover. That is so incredibly sad to me. Why can we no longer agree to disagree and remain civil?

So, I’d rather write, but I cannot focus right now because I feel I am living inside Margaret Atwood’s “The Handmaid’s Tale” without the breathless lyrical beauty. And without the beauty all that is left is gallows humor and horror… I can't create under these circumstances, I need literal escape to lyrical escape!