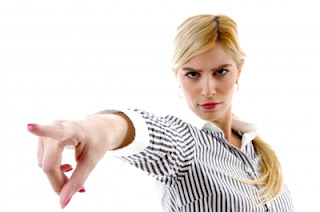 Go to your room or, so help me, by the Macaroni Monster,
I'll kill you where you stand!

Independence Day is a modern day fantasy about motherhood in which a woman makes one last ditch effort to bond with her teenager, and one of the vignettes in Because She Was a Woman.

We had a friend who after an acrimonious matrimony and a contentious divorce, moved cross-country to be closer to her family and raise her children with a support system. She had not intended on becoming a single mother, but then few people dream of that particular circumstance.

As with parenthood in all its forms, there were good days and bad days and days when infanticide seemed like a viable solution.

We were visiting them once, probably around Thanksgiving, and the kids had been fighting for days before our arrival and the war continued after we were settled. Finally at her wits’ end, she screamed threateningly, “If you two can’t live together in peace, I’ll just have to separate you and ship one of you off to live with your father!”

We fell silent, horrified at the severity of that statement.

The boy understood immediately that they’d crossed a line with mom and quietly retreated to his room (to think about what he had done).

The girl though, she was different. Daddy’s girl, she resented her mother for being. First she had to compete for his attention with her, but then after the divorce, that woman took her away from the love of her life. And obviously, as any Daddy’s Girl will assert, he didn’t do anything wrong. He could do no wrong!

She too retreated to her own corner room and came back out some 20 minutes later with a well rehearsed message.

“Mommy,” she said. “I believe that because I am eldest, if you are going to separate us and send one of us to live with daddy, it should be me.”

Her brother looked shell shocked. I looked from her mother to my own mother and I saw heartbreak – pure and unadulterated heartbreak. The girl, for her tweenie part, looked at her mother defiantly, ready to argue her position and unaware of the hurt she’d caused.

How could she know? In her mind she was still the center of the universe. But her universe was out of whack, because her universe was her daddy. Children are infuriating that way; sometimes well into their mid-30s…

I wonder though, how many mothers fantasize about the ultimate comeuppance for their ungrateful children. Most would never act on it, I realize. Most, in fact, despite the overwhelming urge to kill their young, simply love us and try to set us straight without committing felonies.

There are felonies in Independence Day, but not the ones you presume.

Because She Was a Woman is available at Amazon and the Kindle Store, Smashwords, and CreateSpace.
Posted by KaliAmanda at 12:30 AM