Friends and Players and Happy Endings The season has a built-in nostalgia that poets have honed for millennia, what with its golden coolness into the darkness of winter. The presence of the Pope clamors for kindness, but I am still writing stories on the aftermath of infidelity.

It’s not impossible to be kind, but it can be hard. Infidelity is not as black and white as one would want it to be every single time. The problem, as it is with any system, is that humans can foul it easily.

The latest story that I am tackling is about how an infidelity affects a friendship. The setting is based on an innocent moment I witnessed once. In essence, I am rewriting history, and it is a strange process when you reverse things and take something chaste and infuse it with sex and sin.

The story is not done yet, but it seems clear that it is easier to muck up something pure than it is to purify something that was putrid to start. Being omnipotent over the lives of characters and their outcomes isn't as fulfilling when you destroy good things, though, and I wish I'd have a magical drink to erase the memory of my actions as I create these scenarios! 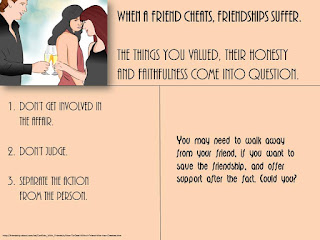 As with the rest of the stories, the goal is to try to capture the emotional aftermath of cheating. The challenge is not to end up with a dozen stories that resemble Victorian morality plays.

The research can be illuminating and depressing at once – especially when friends and family offer their own versions and anecdotes (or worse yet, when you recognize a player after you'd lived with the ideal that they were better than that: ugh!). 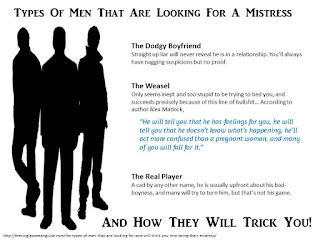 The latest story was meant to be about friends, but it seems more interesting to explore two kinds of friendship, if the format allows for it – it may end up being two separate stories. One a friendship betrayed by turning it into something it could never be, and then a friendship betrayed by destroying the nature of what it could have been… Different meanings for what seemed like simple words in complicated situations.

The problem is that some of these stories, they cannot end well. It’s not morality that determines how it ends; it’s the odds and the fact that sometimes the best of intentions are not enough. 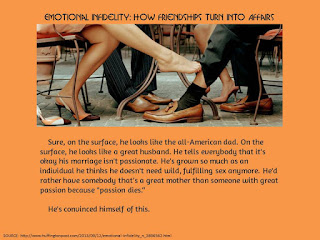 Sometimes hearts get broken, the heartless get the upper hand, and happiness is not within reach. Sometimes revenge is not as satisfying as the fantasy of it. Sometimes, though, setting a liar’s trailer on fire . . . oh, it fills one with a natural high that is worth a possible arrest.


It’s all about the journey… and the ability to get all these stories together in one collection before the holidays. (Fingers crossed!)

Posted by KaliAmanda at 4:42 AM